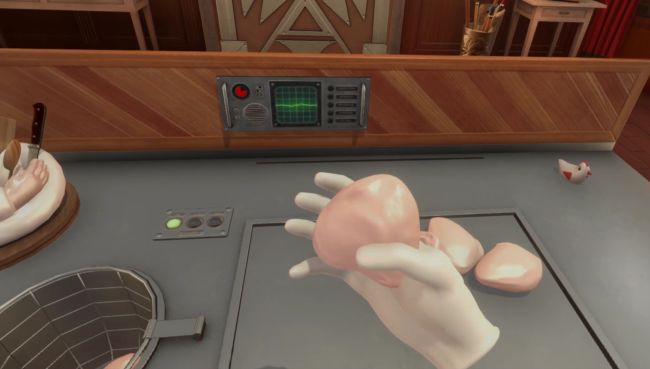 Remember when VR was cool, back when it was fiction about cyberspace? Well, now it’s here, and the corporate world is doing everything it can to make it suck. Case in point: Earlier today, Eater published a report stating that KFC is making employees play an Oculus Rift initiation game which teaches them how to make fried chicken.

That sounded unlikely to me, so I called a few KFCs around America. Two employees at different KFCs picked up, and both sounded confused when I started talking about virtual reality—which is completely fair, as “do you have a virtual reality training game” is a strange response to “This is KFC, how may I help you?”

Neither person had ever heard of any KFC virtual reality training game. I thought maybe it was all just a viral marketing gimmick, but then a spokesperson from Yum! Brands, the corporation which owns KFC and Taco Bell, responded to my inquiry with a press release. It turns out the program just hasn’t started yet.

“KFC will use the VR simulation to supplement its robust, multi-step employee training program, called Chicken Mastery Certification, which provides detailed eLearning and hands-on training for cooks in each of KFC’s kitchens,” reads the release, which is set to go out tomorrow morning. “KFC will provide yet another platform for training by bringing the VR simulation technology to its regional general manager training classes, quarterly franchise meetings, and employee onboarding.”

It still seems an awful lot like a viral marketing campaign, but the press release says what it says. As for the game itself, you can watch a video of the whole thing above—basically, a disembodied Colonel Sanders barks at the employee with Cave Johnson-esque quips while they inspect, bread, and fry chicken. According to Yum!, it takes 25 minutes to make KFC’s Original Recipe chicken, but only 10 minutes to teach the process in VR. How efficient?

KFC isn’t the only company that thinks it can make training fun with VR. “Will virtual reality become the ultimate retail training tool?” asks RetailWire, which notes that Walmart is already using VR to train employees. Meanwhile, Forbes muses, “If you’re like me, you may be exhilarated by the possibilities inherent in augmented reality (AR) workplace training.”

I am not like them. I have never wanted employee training to be ‘fun,’ because whenever an employer says something is going to be fun, all it means is that you have to pretend to have fun for $8.28 an hour. My point is: Give your employees raises, KFC.