Why top finance officer had to go 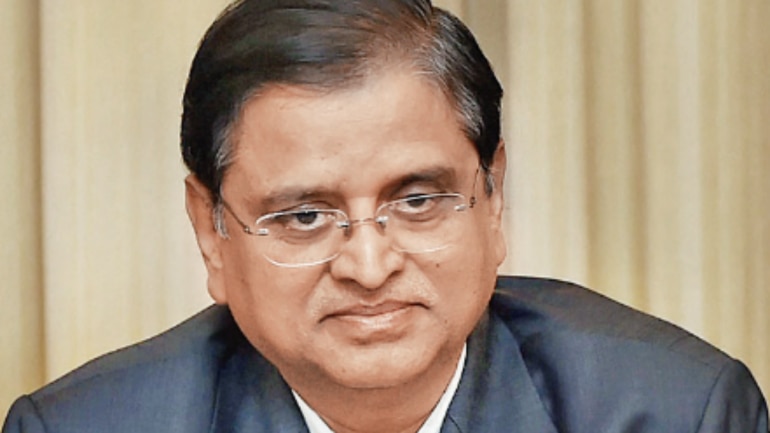 The late night order by the appointments committee of the Cabinet on July 24 shifted, shuffled or promoted 24 babus, but none caught attention as much as Union Finance Secretary Subhash Chandra Garg’s surprise exit.

The announcement of the transfer of Garg to the decidedly low-brow Secretary, Ministry of Power, broke late night on Thursday.

Just then, the National Co-convenor of Rashtriya Swayamsevak Sangh’s (RSS) economic wing Swadeshi Jagran Manch (SJM), Ashwani Mahajan, sarcastically tweeted: “…makes me believe that he (Garg) has been awarded for his ‘wonderful idea’ of sovereign borrowing.”

The every-gossipy Lutyens’ Delhi woke up with a start: Was the RSS behind Garg’s sudden exit?

In an interview, Garg had earlier expounded on the virtues of raising $10 billion in sovereign borrowings by October.

“We made our position clear to all those who matter,” Ashwani Mahajan told BusinessToday.in when asked if he had conveyed the opposition to the Prime Minister, the Home Minister or the Finance Minister.

Within hours of getting his transfer order, Garg expressed his displeasure by putting in a request for voluntary retirement, seeking October 31 as his departure date from services. He was due to retire on October 15, 2020, at the age of 60.

“Handed over charge of Economic Affairs today. Learnt so much in the Finance Ministry and Economic Affairs Dept. Will take charge in Power Ministry tomorrow. Have also applied for Voluntary Retirement from the IAS with effect from 31st October. Last tweet from this handle,” he tweeted from the DEA Secretary Twitter handle.

But Mahajan’s jibes didn’t end there. He even proposed “compulsory retirement” to some of the top officers in the Modi government who were “over-performing.”

Garg’s stint as Executive Director at the World Bank (between September 10, 2014, and June 21, 2017) also went against him in the eyes of the Swadeshi brigade.

He was the brain behind Finance Minister Nirmala Sitharaman’s Budget 2019 announcement which stated India aimed to raise resources via overseas foreign currency sovereign bonds in the current fiscal year — estimated to be $10 billion.

The idea didn’t go down well. Economists, including former RBI governors YV Reddy, Raghuram Rajan, C Rangarajan and the members of PM’s Economic Advisory Council, came out against it.

Garg’s emphatic interviews early July declaring the Centre’s intent to go ahead with sovereign borrowings, even as the government was still mulling over whether to move ahead with the proposal or not due to intense opposition, may have contributed to his sudden removal, sources said.

In an open tussle with then RBI Governor Urjit Patel, he also invoked section 7 of the RBI Act which gives the government power to force the Central Bank to act.

He also had a runin with current RBI Governor Shaktikanta Das over transfer of reserves to the Centre in one shot instead of phasing it over years — as the Bimal Jalan Committee has recommended.

Just two days after Sitharaman’s Budget 2019, Mahajan had said that public borrowing in foreign currencies “is a bad idea” and that international experience in this regard had been “horrible”.

In his blog post published on July 16, he said India’s foreign exchange reserves had broken all records and reached almost $430 billion.

“In such a situation, there is no justification for taking a loan as a foreign currency,” Mahajan added.

Garg’s departure pretty much shelves the sovereign debt raising move. Last week, the former Finance Secretary had said the move to raise sovereign bonds was to bring down real interest rates for Indian companies, which would ultimately help the economy grow.

“We will have a very open attitude to welcome foreign investment and savings because that is what would be required,” he said.

Incidentally, the plan to raise funds from overseas markets was considered by previous governments too, but had never materialised.