Will The The Next Generation Of Computers Celebrate Humanity Or Strip It Away? 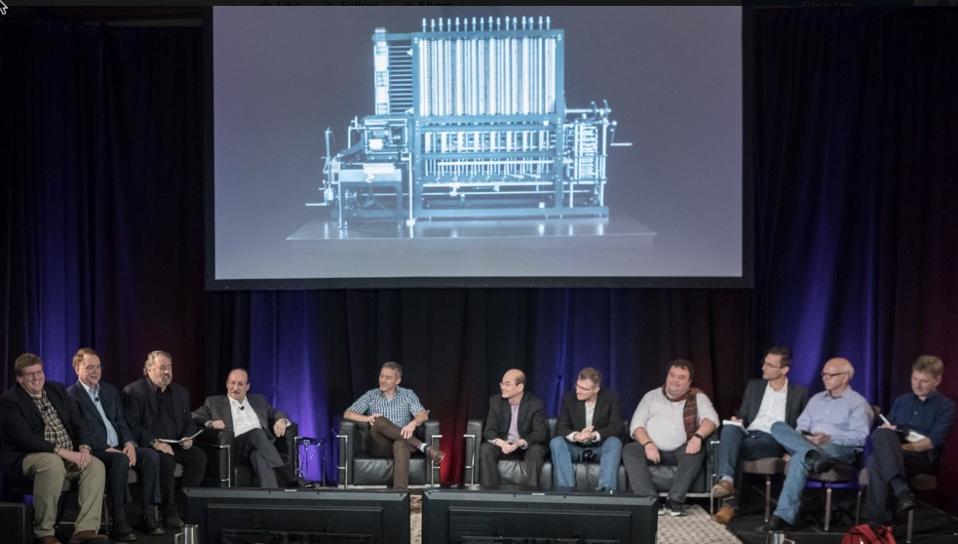 I went into this week’s Future in Review (FiRe) conference worried that today’s bias towards big data and data-driven decisions would ultimately make the world a less humane place.

The good news is, I may be wrong.

FiRe has a recent tradition of including CTO Design Challenges in their Deer Valley conference. They take a remarkable team of professionals and give them the duration of the three-day event to tackle a ridiculously ambitious assignment. This year, the task was to create a new way of thinking about the next generation of computing, something they called pictorial processing.

The team included the following individuals, plus five others who volunteered along the way:

• Mark Anderson, Future in Review Chair and author of The Pattern Future

As defined by the team, pictorial processing is the architecture that will bring to light hidden information embedded in large, complex, dynamic streams of heterogeneous data.

Until now, computers have basically been designed to answer questions that we already know:

• How much money should we pay each employee this week?

• Which prospects are most likely to become customers this quarter?

• Where will the hurricane make landfall?

But we live in a universe filled with highly complex systems that interact with each other, and we are reaching the point where we no longer know the right questions to ask. This implies that the next generation of computers don’t need to simply answer our questions, because first they need to suggest the right questions that Big Data needs to answer.

Doing this is a huge undertaking that requires a completely different approach, which is why the team set out to tackle pictorial processing.

The name is a bit deceiving, because they are not just processing 3D pictures. Instead, they propose to process the behaviors of complex systems that may have many more dimensions than three and whose flows constantly change over time. This means huge volumes of many different types of data will be combined, and in each case the system will look for interesting differences between what is happening now and what happened in the past.

Intuition is knowing something without knowing how you know it.

One way to look at the CTO Design Challenge is that they are teaching computer systems to be intuitive. As described by the team, the outputs of their proposed system would direct analysts to take a closer look at something. The system may not be able to describe exactly what is happening or why, but it will have a sense that something interesting may be happening there.

That’s pretty close to intuition, even if team members might not put it that way.

To make things even more interesting, the team described numerous ways such a system might enable analysts to examine “interesting” events:

In other words, analysis might move towards outputs that enable analysts to be far more intuitive in making judgments.

Listening to the team present their recommendations, I kept thinking that in theoretical terms this may represent the ideal balance between data-driven decisions and intuition. Such a system would be more data-driven than any in human history, but it would enable both the computer processing system and the humans to be far more intuitive in deciding what bears further investigation, and then — once again — that investigation would be data-driven to an unprecedented degree.

Earlier Gahl Berkooz said, “I believe that for three reasons we are at the beginning of a golden age of invention. First, we have the ability to aggregate huge amounts of data. Second, our computing capacity is growing exponentially. Third, consumer behavior is changing and people expect personalized experiences… When you take those three, there are bound to be infinite inventions coming up.”

Three days ago, I was worried such dramatic innovation might shunt human qualities aside. Today, I am more hopeful that the opposite is going to happen. You might even say we are entering a golden age of intuition, in which human intuition no longer battles with computers for dominance, but instead works collaboratively to seek out, find, and answer the most important questions of our time.

Bruce Kasanoff is a ghostwriter for thought leaders and a career coach. He is the co-founder of More Intuitive, a free community for professionals.

[“Source-forbes”]
away celebrate computers generation: humanity it Next of Or Strip the will 2017-10-17
Loknath Das