Xiaomi Mi A2 Set to Launch in India Tomorrow: Here’s Everything You Should Know 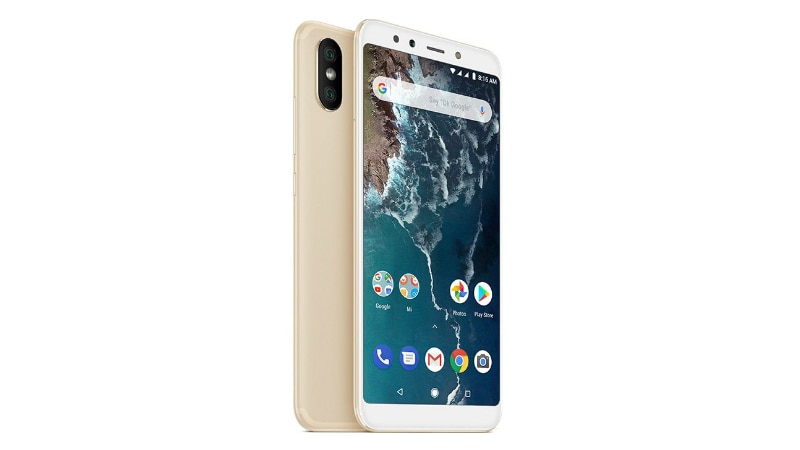 Xiaomi Mi A2 India launch is scheduled to start in less than 24 hours, marking the entry of only the second Xiaomiphone part of the Android One initiative in the country. The new Mi A2 smartphone is the follow-up to last year’s Mi A1, and the company is emphasising its cameras in its social media teasers. Gadgets 360 has previously learnt the smartphone’s base variant, unveiled in Spain last month, will not be coming to the Indian market. Instead, the 4GB RAM and 64GB storage model will serve as the entry point for the new model. Also, the smartphone will be an Amazon exclusive in India. The specifications of the handset are already known, so the Xiaomi Mi A2 price in India will be the big draw for all the fans. Here’s what you should know about tomorrow’s launch:

The Xiaomi Mi A2 India launch is scheduled for 4pm IST, and there will be a live stream. However, the link is not yet live, and we will update this story as and when it becomes available. Xiaomi fans looking forward to the Mi A2 launch in India can register for the live stream on the official site and 100 of these registrants will win F-codes for the handset.

ALSO SEEXiaomi Mi A2 vs Mi A2 Lite: What’s Different?

As for the specifications, the dual-SIM (Nano) Xiaomi Mi A2 runs an optimised stock version of Android 8.1 Oreo, certified by Google’s Android One programme, and sports a 5.99-inch full-HD+ (1080×2160 pixels) display with a 18:9 aspect ratio, 2.5D curved glass, and Gorilla Glass 5. It is powered by an octa-core Qualcomm Snapdragon 660 SoC, paired with an Adreno 512 GPU.

In terms of connectivity, the smartphone includes 4G LTE, Bluetooth v5.0, dual-band Wi-Fi 802.11ac, Miracast, an IR emitter, and USB Type-C. There is no 3.5mm headphone jack on the Xiaomi Mi A2. Sensors on the handset include accelerometer, ambient light sensor, gyroscope, and proximity sensor.

Affiliate links may be automatically generated – see our ethics statement for details.
0COMMENTS