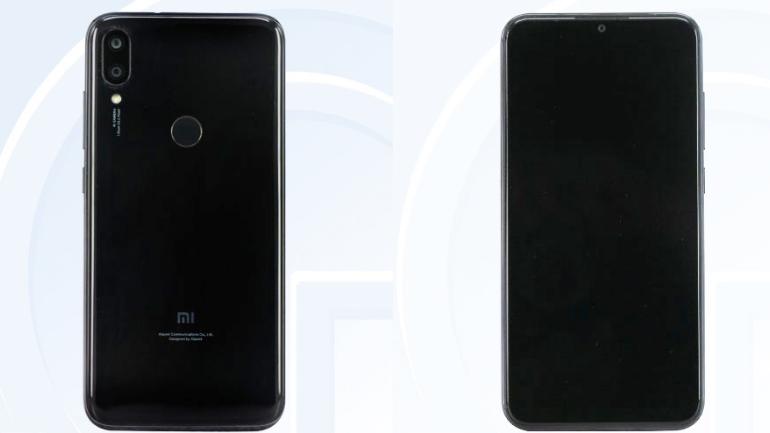 As the year 2018 comes to an end, it seems Xiaomi is already preparing to start 2019 with a few big-bang launches. According to details posted by TENAA, the website of Chinese regulator that certifies networking hardware in phones, Xiaomi is working on three new phones codenamed M1901F7E, M1901F7T and M1901F7C. In 2018, the codenames of Xiaomi phones had M18 in their names, so these new phones are destined for launch in 2019. One of these phones is likely to be Redmi 7 Pro while the other two could be Redmi 7 and the Redmi 7A.

— The TENAA page reveals that the Redmi 7 Pro will come with a 5.84-inch screen. If the Redmi 6 Pro is any indication, you can expect this screen to have a resolution of 1080P aka FullHD.

— The Redmi 7 Pro is also likely to sport a notch, similar to what we have seen in the Redmi Note 6 Pro this year from Xiaomi. Also, the images of the Redmi 7 Pro that have been posted on TENAA website show that the phone will have a dual-camera module on rear and fingerprint sensor placed in middle of the phone’s body.

— The TENAA listing also reveals that the Redmi 7 Pro will come with a 2900 mAh battery inside it. This is in line with the batteries we have seen in the phones that have (now) relatively smaller displays under 6 inches.

— Not enough details about Redmi 7 and the Redmi 7A are available for now, except that all three Redmi 7 phones are expected to come with a 10W charger. This information is provided by the Chinese regulator’s website.

— The January launch of the new phones is also a possibility because just last week, Xiaomi permanently slashed the price of the Redmi 6A in India by Rs 1,000. Maybe this was because the company is hoping to bring the Redmi 7A early next year.