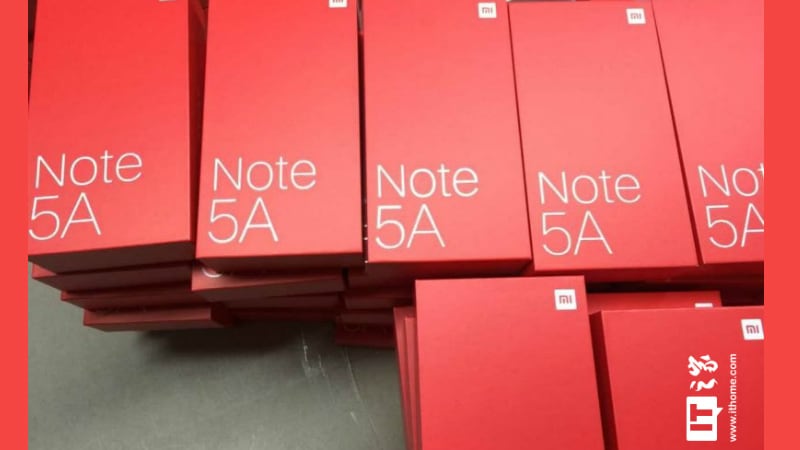 Twitter tipster Meng Meng’s audio-visual has tweetedspecification details of the Redmi Note 5A. Apparently, the information was sourced from a Weibo user going by the name Tenfar. According to the leak, the Redmi Note 5A will sport a 5.5-inch (1080×1920 pixels) full-HD display. The smartphone may be powered by the Snapdragon 625 SoC paired with 4GB of RAM. Internal storage will be at 64GB, although there is no clarity on whether there will be expandable storage or not.

The Redmi Note 5A is also tipped to sport a dual camera setup at the back – one 12-megapixel OV12A10 sensor and another 13-megapixel OV12880 sensor – one for capturing telephoto and one meant for wide-angle. At the front, there will be a 5-megapixel Samsung S5K5E8 sensor for video chats and selfies.

Furthermore, ITHomes has also leaked the retail box of the Redmi Note 5A tipping at an imminent launch. The retail box is minimalistic with the Mi logo on top and the name of the smartphone at the bottom.

There is no word on the launch details as of now, but the Xiaomi Redmi Note 5 has also been leaked previously, as mentioned above. It is expected to be priced at $200 (roughly Rs. 13,000) and run on the upcoming MIUI 9. It is tipped to feature a 5.5-inch full-HD display, be powered by the Snapdagon 630 SoC, and come in just two RAM and storage variants – 3GB/ 32GB and 4GB/ 64GB – alongside Adreno 508 GPU for graphics. It is expected to sport a 16-megapixel rear camera, and a 13-megapixel front camera, and will pack a 3790mAh battery with Quick Charge 4.0 support. Connectivity options may include the X12 LTE modem, Bluetooth v5.0, and USB Type-C 3.1. The fingerprint scanner is expected to be embedded underneath the display as well. Xiaomi is also launching either the Mi 6 Plus or the Mi MIX 2 smartphone on Tuesday according to the teasers released by the Chinese manufacturer recently.